Boxing day is a traditional day for a trek. Mine was the 8am bus to Orchha which is within 18km of where I started on the 24th. Another 4 hour journey although this time the bus was in slightly better nick.

For the first time so far there are a number of westerners on the bus 3 of them heading in the same direction as I. A Rajasthani guy and his German girlfriend and and an Aussie girl brave or daft enough to be travelling alone through India for 3 months.

We are dropped at the Orchha crossroads and we all share a rickshaw for the final 9km to the town.

First impressions count and Orchha looks to be the antidote to the grungy or overly tourist focussed towns visited so far. 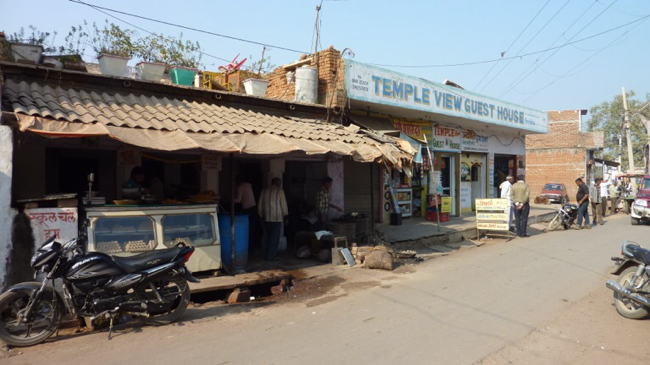 Checked into a small guest house just a stone’s throw from the market for 200 Rupees per night (£2.50). OK the room won’t make the MIchelin guide but it’s clean albeit somewhat spartan to say the least. It has it’s own bathroom with a western style toilet and a bucket shower. Hot water is delivered to you in a bucket and you use a jug to shower yourself. I bet you can’t wait.

As with all cheap Indian hotels the bed is a double of 2 singles closed together. The bed base is a plank of wood with a 3cm thick foam mattress over with a double width bed cloth covering it all. I throw both mattresses on top of each other. An extra 3cm makes all the difference. So they say!

The owner of the guest house is a friendly chap and as the sun goes down he lights a fire in the courtyard where the guests sit around and chew the fat. Very convivial. 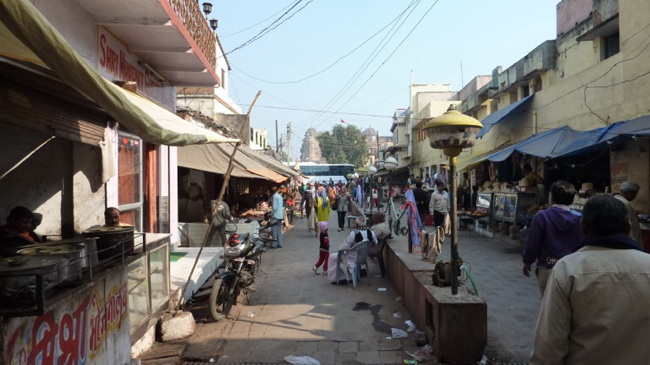 Thankfully the evenings are warming slightly but you would never know it by looking at the locals who are still wrapped from head to foot.

Have to spend some time before eating to sort the exit strategy. I fear that I may have overcooked the tick box list and will run out of time before seeing everything I want but am determined to honour the fag packet plan and continue down to Bhopal and the south before veering north towards Allahlabad and Varanisi. What could possibly go wrong? 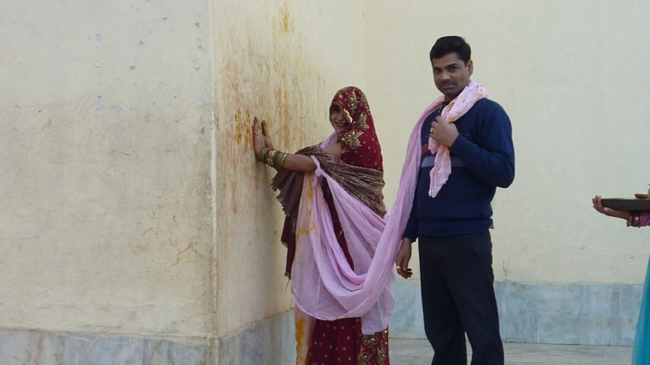 Ate as usual on the street for next to nothing before wandering around the temple compound. On the way a cow is lying dead on the road. I make the internationally recognised sign for a car crashing into a cow (don’t ask!) but apparently it has literally just dropped. Do cows have heart attacks? Everyone knows that cows are venerated in india. So I thought that a photo with flash might be a little insensitive and moved on.

I have a feeling that Orchha is going to be special.